Just because you have money does not mean you’re not worried about finances. In fact, a surprising number of a group most people consider well-off, if not outright rich, will enter 2018 concerned about the economy and their own financial futures.

Only 48% of affluent investors are confident that the stock market will continue to climb in 2018, finds a new report by digital wealth manager Personal Capital. In addition, 51% of the group defined as “people with total household investable assets of $500,000 or more, excluding their primary residence and employee-sponsored retirement accounts,” are concerned about their financial security in retirement.

Almost half (46%) are worried that they have not properly tax-optimized their portfolio, while 42% believe their holdings can’t withstand a market downturn. And, while 59% of the 1,000 survey respondents expect their gross income to increase in 2018, 38% are worried that they will lose their wealth.

Wealth comes with its own fears

“It’s not surprising that affluent investors are optimistic about the market since we’re in a nine-year bull market,” said Personal Capital Vice President Michelle Brownstein in a statement to Motley Fool.

That’s especially relevant because 54% of those surveyed said they had most of their net worth in stocks. That was followed well behind by cash at 16% and bonds at 8%.

“What’s interesting is that even though investors are confident in the market, they’re still nervous about their own finances,” Brownstein wrote. “This is not completely surprising, as we know how emotional investing can be. But emotion often leads to mistakes — like holding on too long to your winners and failing to rebalance — that make it more difficult to meet one’s retirement goals.”

Financial fears, of course, aren’t only about the market tanking or even the tax-related concerns noted above. About one-third (33%) of those surveyed are worried about saving enough to pay for college for their children while 31% fear that their kids will grow up spoiled.

An uncertain political future plays a part in why some wealthy investors are worried. There’s no consensus among the survey group as to which party being in control would have a more positive impact on their finances. But along age lines, younger generations favor Democrats, including 56% of millennials and 59% of Generation X. About 57% of Baby Boomers and 63% of the Silent Generation favor Republicans.

Brownstein pointed out that affluent investors’ feelings on taxes and impact on the markets by a Republican-controlled government seem to have a lot to do with where they fall politically and where they live.

“The current tax proposal affects people differently based on where they live because it removes the ability to write off a large portion of state income taxes against federal taxes,” she wrote.”This hurts people in high-income tax states like California and New York, but has no impact in states like Texas and Florida that have no state income tax.”

Wealthy investors pay the highest effective tax rates under the current system, according to a Pew Research study of Internal Revenue Service data from 2015. In many ways that, plus their past financial success, means they have the most to worry about when it comes to the current political uncertainty that should last at least until the 2018 mid-term elections.

Much of the current unease among this group, and less-well-off investors as well, comes from not exactly knowing what the rules will be going forward. Solve that and not everyone will like it, but at least people will be able to make financial decisions with more certainty.

More from The Motley Fool 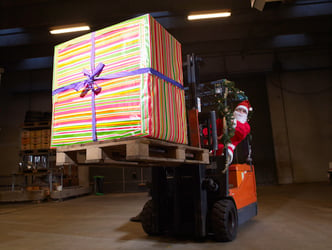 These 3 Stocks Just Raised Their Dividends 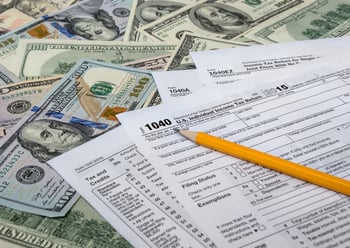 Tax Refund Schedule for 2018: When Can You Expect Your Money?

Find out why the IRS warns taxpayers about relying on getting their refund on a certain date.

Look for these companies to lift the market in the coming year.