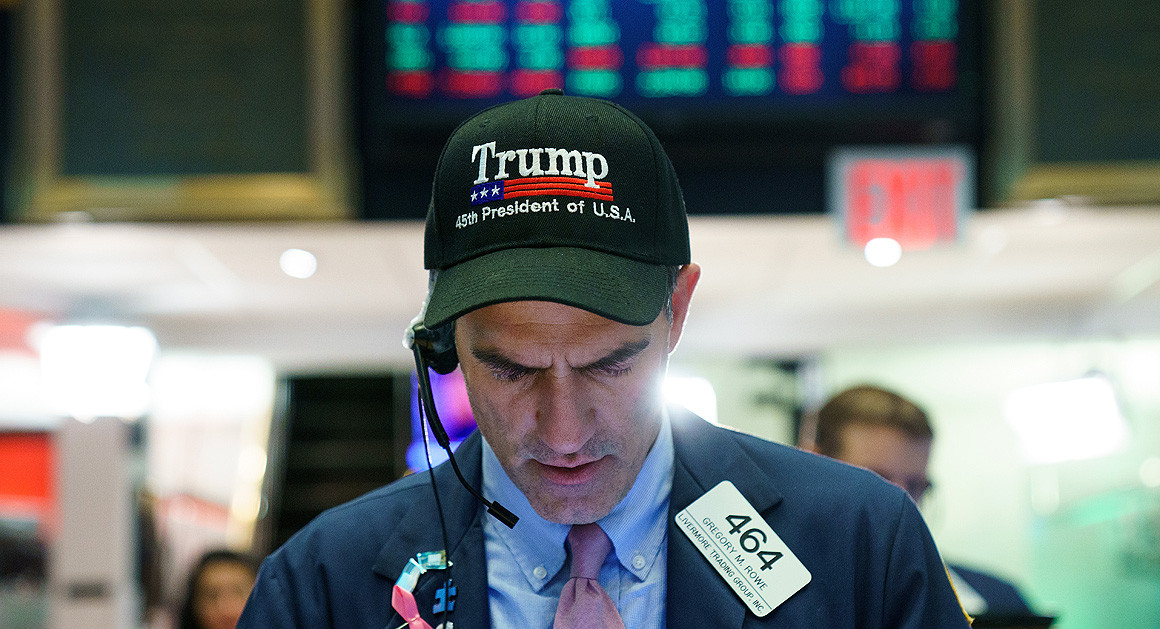 A trader works on the floor of the New York Stock Exchange on Thursday. | Drew Angerer/Getty Images

After falling more than 300 points, the Dow recovered some of its losses as traders digested the news on a day when the Senate is poised to pass a massive tax cut for U.S. corporations. The tax cut plan has helped drive stocks to new highs this year along with the Trump administration’s efforts to roll back regulations across a swath of major American industries.

Typically, stocks have sold off on news viewed as threatening to the Trump presidency. But they often recover just as quickly when investors begin to contemplate that even in the event that Trump is somehow forced from office, his likely successor, Vice President Mike Pence, would probably pursue similar economic and regulatory policies without as much drama.

The most reliable politics newsletter.

Sign up for POLITICO Playbook and get the latest news, every morning — in your inbox.

By signing up you agree to receive email newsletters or alerts from POLITICO. You can unsubscribe at any time.

“If this is impacting the chance of the tax package not being passed, then I get a more prolonged and bigger market decline,” said Jim Paulsen, chief investment officer at the Leuthold Group. “However, beyond that, financial markets might believe that even more favorable legislation could be achieved under a more cohesive Republican Party that is simply not possible with Trump in office. Ultimately, a peaceful transition to Pence may be met favorably by the financial markets.”

David Kotok, chief investment officer at Cumberland Advisors, said markets “would prefer a less belligerent and non-tweeting replacement for what we have experienced.”

This article tagged under:

Missing out on the latest scoops? Sign up for POLITICO Playbook and get the latest news, every morning — in your inbox.