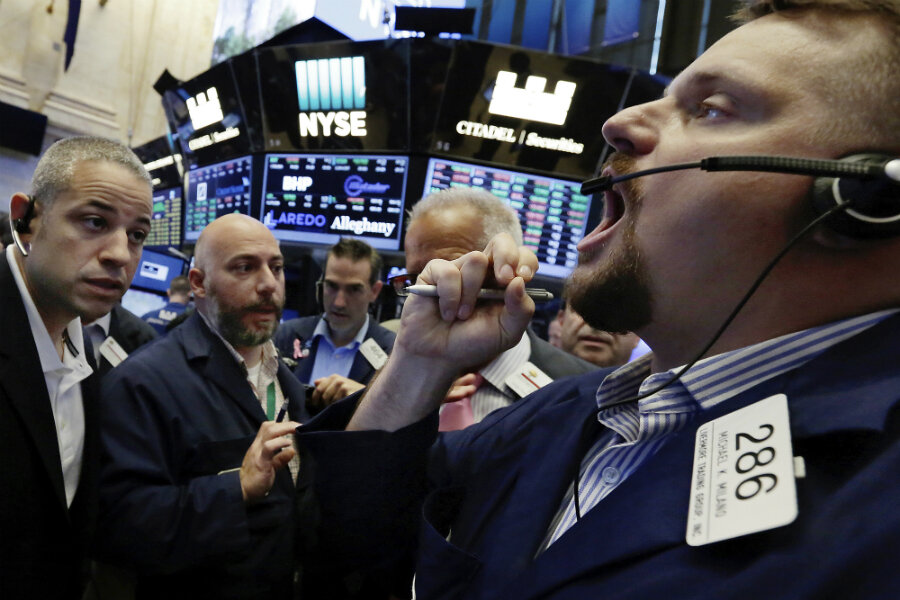 Q: How does it compare to previous booms?

This is the third-strongest bull market since the crash of 1929, according to data from S&P Dow Jones Indices. As December ends, the Standard & Poor’s 500 index is up about 300 percent since the last bear market ended in 2009, behind only the boom of the 1990s (417 percent) and the rebound from the Great Depression in the 1930s (325 percent). Some analysts who date the 1990s boom differently argue that the current boom is a lot closer to taking the crown.

Q: What’s behind the rise?

After the market’s plunge during the Great Recession, stocks were bound to recover. What has kept the boom going for more than eight years – the second-longest on record, trailing only that 1990s rise – is strong earnings, among other things. US corporations notched a record $1.9 trillion of after-tax profits in the third quarter of 2017. The Federal Reserve has helped by keeping the economy humming with ultra-low interest rates. The near-zero rates have buoyed the market in a second way: With savings accounts and bonds offering such paltry returns, investors have little incentive to switch out of stocks.

Q: Is there a Trump factor?

Quantifying it isn’t easy, but many analysts say President Trump’s push for deregulation and tax cuts has had an effect, increasing traders’ optimism that economic growth and corporate earnings will be even better in 2018. Since Mr. Trump’s election, the S&P is up about 25 percent, close to the annual return of 2009 but below the 2013 rise under President Barack Obama.

Q: What effect would tax reform have going forward?

The market has already priced in the expected changes in the tax code this year. Tax cuts for corporations could boost the stock market in two ways. Lower taxes would boost business profits. Lower tax rates would also encourage US-based multinational companies to bring their foreign earnings back to the United States. Republicans hope they’ll use the money to build more factories and create more jobs. But history suggests they’ll use much of any inflows to buy back their own shares. The more shares they buy, the fewer shares available to the public. This “shortage” of stocks helps drive share prices up. In 2017 alone companies have bought some $570 billion worth of their own stock, according to Goldman Sachs estimates, and this year they’re expected to buy slightly more. The modest tax cuts for individuals could also boost economic growth and, in turn, the market.

Get the Monitor stories you care about delivered to your inbox.

Some say yes; others say not quite. In a paper on stock bubbles in 2017, two Harvard economists excluded any run-up that didn’t surge at least 50 percent in two years. The current boom has lasted unusually long but its growth, while strong, has stayed well below that threshold. As booms go, its annualized rise has been lackluster.

Q: Will the boom keep going?

Market forecasters generally see gains continuing in the next year. Some expect a “melt-up,” in which a buying frenzy takes over, rather than a meltdown. Such a bullish consensus is often considered a danger signal. Also, expected interest-rate hikes in 2018 could be a head wind for stocks. And share prices are high by almost any measure, with a cyclically adjusted price-earnings ratio (created by economists Robert Shiller and John Campbell) of more than 30. Only twice before has the ratio of share prices to annual profits exceeded 30: in 1929 and during the dot-com boom of the late 1990s and early 2000s. Each peak was accompanied by plenty of fearful articles about rampant speculation and was followed by a crash. What’s been different this time is the lack of press discussion about a bubble, Mr. Shiller wrote in a September piece for The New York Times. “That doesn’t mean that there is no danger of a crash,” he said. “But at the moment, the psychological preconditions for a spiraling downturn don’t appear to be in place.”