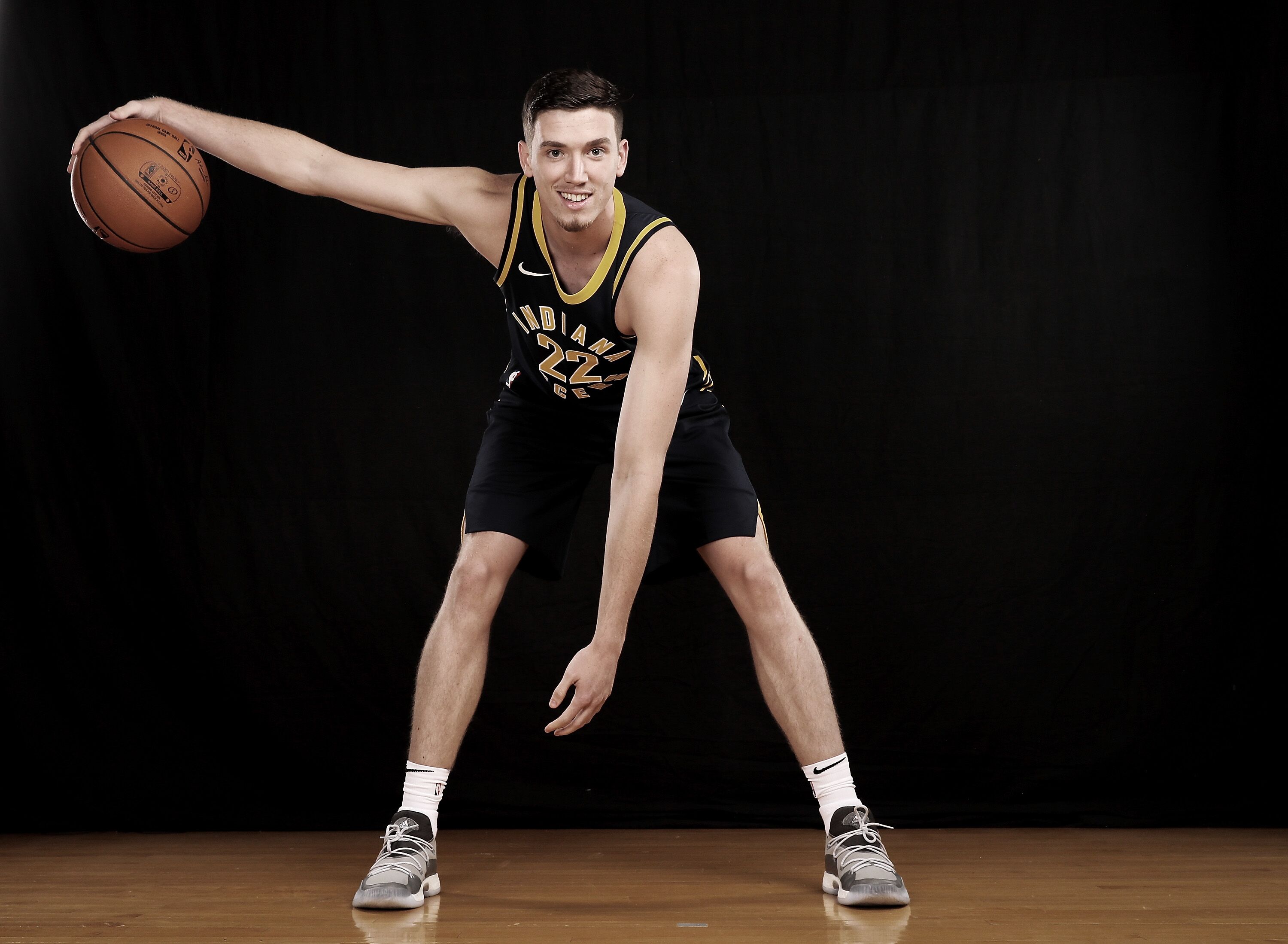 In this series, 8p9s writer Tony East breaks down the contract situation of each Pacers player. In this edition, we’ll look at first-round pick T.J. Leaf.

T.J. Leaf has already become an enigma for Pacers fans and analysts alike. While he appears to have a fit in the modern NBA, nobody seems to be overly excited about what Leaf brings to the table. His offensive potential is surely something to be excited about, but he has to prove he can hang in the NBA before his future is worth investing in.

That offensive promise is something to monitor going forward. He made a lot of winning plays when he was at UCLA, and it led to Leaf having a player efficiency rating of 26.6. He shot 61.7 percent from the field, and he proved he could score both inside and out. If he can acclimate to the longer ranged NBA 3-pointer, he may be a force on the offensive end, despite his shortcomings on defense.

Leaf signed his rookie contract with the Pacers, so he is guaranteed two full seasons with the team. This season, he will make $2,028,360, and next year that figure jumps up to $2,407,560. Interestingly, Leaf, Myles Turner and Victor Oladipo are the only three players with guaranteed contracts for the Pacers during both of the next two seasons. The hope with Leaf is that he becomes a mainstay in the Pacers rotation during those two years.

Can that happen? Maybe.

His skills as an inside-out big man could allow him to see a few minutes as a rookie. Watch here as he ball fakes and beats his man to get to the tin during Summer League action:

He had a nice Summer League before getting hurt, so there is reason for optimism. Let’s hope some of those offensive skills translate sooner rather than later, so he may be an asset on his contract.

There is little of note for T.J. Leaf next summer. He will be on the team with a guaranteed contract in 2018 unless he is traded. For Leaf, the only thing that will be decided next summer is whether or not the Pacers will pick up his team option for the 2018-19 season. The front office has until Oct. 31, 2018 to make that decision, and if they do decide to bring him back for a third year, they will have the exact same decision the following October.

There is little reason the team would consider declining either of those team options. They are young and in a rebuilding era, so keeping Leaf would fall within their timeline. Unless he has a bad injury or he fails to prove he belongs in the NBA, the Pacers will give him time to develop and become a player that contributes.

Leaf will stick around with the Pacers for the life of his rookie contract. Why wouldn’t he? Even if he doesn’t become a star, he will be a cheap rotation contributor and will (hopefully) improve every year. That’s just what the Pacers need, so things look good for Leaf’s future with the team.

If Leaf improves, he will be a welcome member of the rotation. If not, he may struggle to get minutes, Either way, be prepared to see T.J. Leaf in a Pacers uniform for the next half decade and beyond.